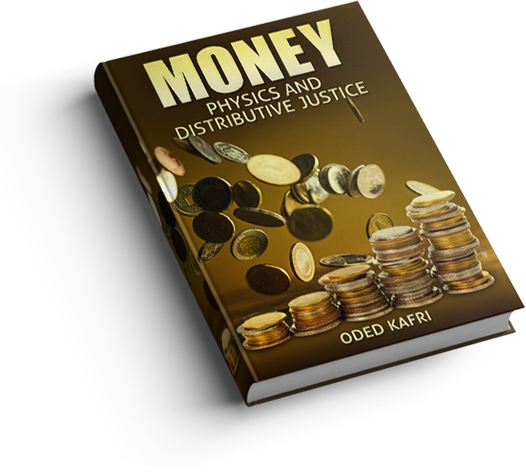 Many people believe that there is a lot of money in the world and that its distribution among people is unjust. Most people also believe that the reason for economic crises is an inherent illness of the system or the result of misguided or even tricky actions that can be avoided.

In this book, it is argued that the amount of money in the developed countries is zero, the income distribution among people is purely statistical, and that volatility in the economy is inevitable, just like the fluctuation in our mood.

Why there are very little rich and so many poor and why CEO’s make so much money?

The book is of interest to the wide audience of economists, sociologists, politicians and the general public alike. The book relies on theories from physics and economics, and its contents are based on scientific publications whose references are at the end of the book.

Dr. Oded Kafri was a senior scientist at the NRC Israel, he published about 150 scientific papers, holds dozens of patents and is the author of three books.  Dr. Kafri also founded three high-tech companies.